Since the beginning of April 2020, the Corona-Protests have put down a steep curve, not only in terms of the alleged number of participants.
Even if it was easy to laugh at anti-Corona Yoga at Rosa-Luxemburg-Platz in the beginning, you could soon see where the journey was headed.

Accompanied by right-wing influencers and media professionals, a cross-front formed, which finally “stormed” the Reichstag in August under black-white-red flags.

These pictures show excerpts and impressions of these demonstrations and its surroundings.

The title refers to a popular german dish : Potatoes and curd cheese. While Potatoes can refer to a german, curd cheese also means bullshit.

This Series was part of the group exhibition „Tag ein, Tag aus“ at August-Bebel-Stiftung in Berlin. 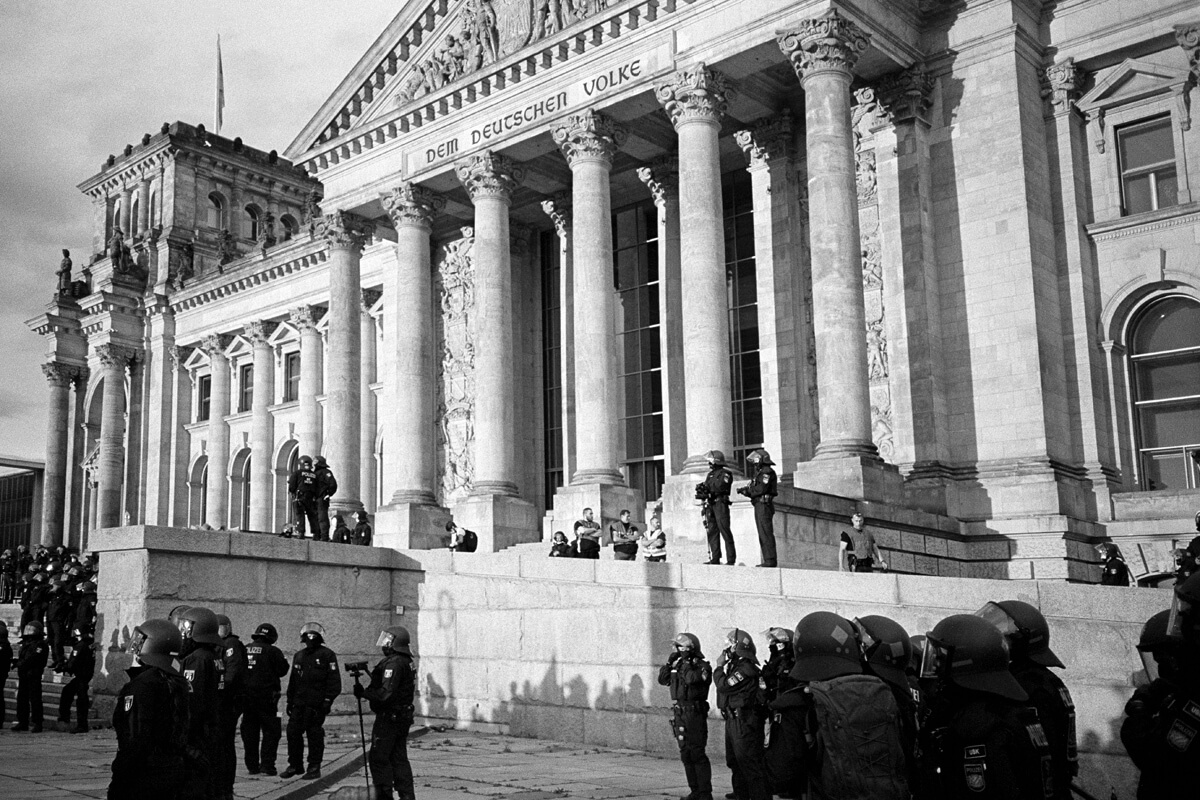 The Reichstag, just after being cleared of rioting Protestors 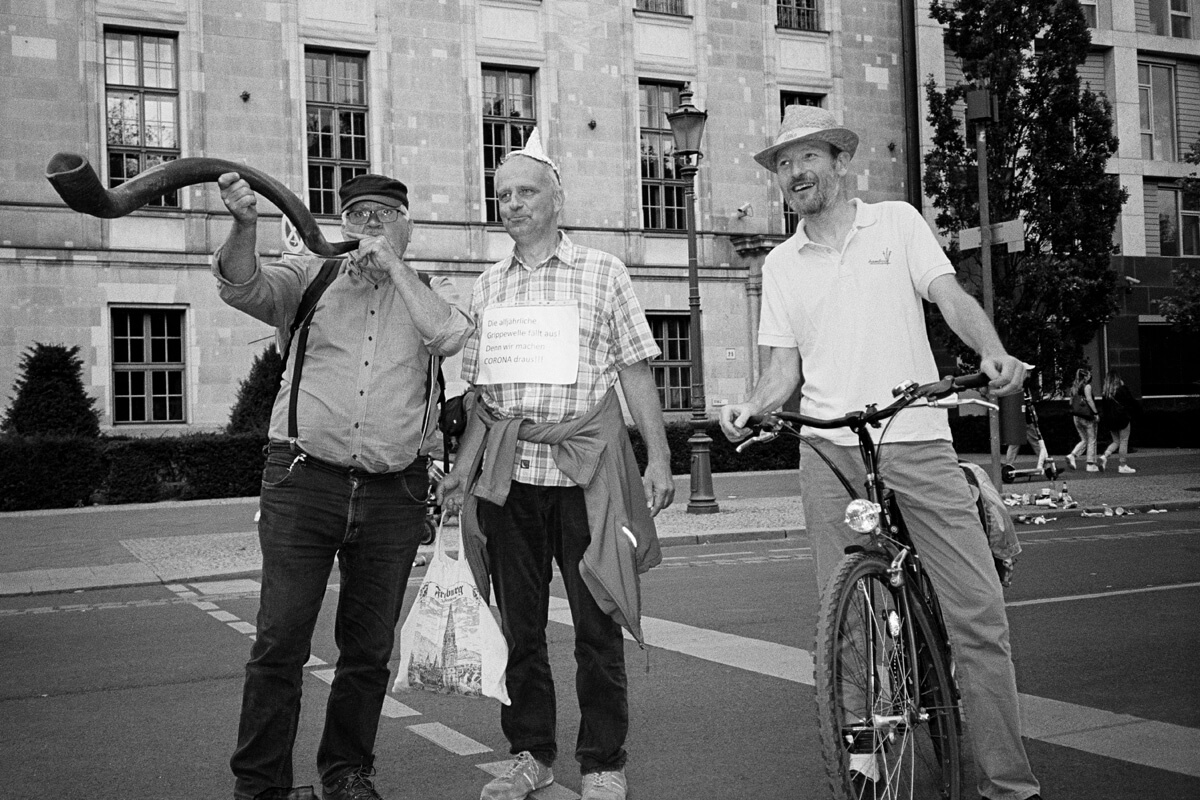 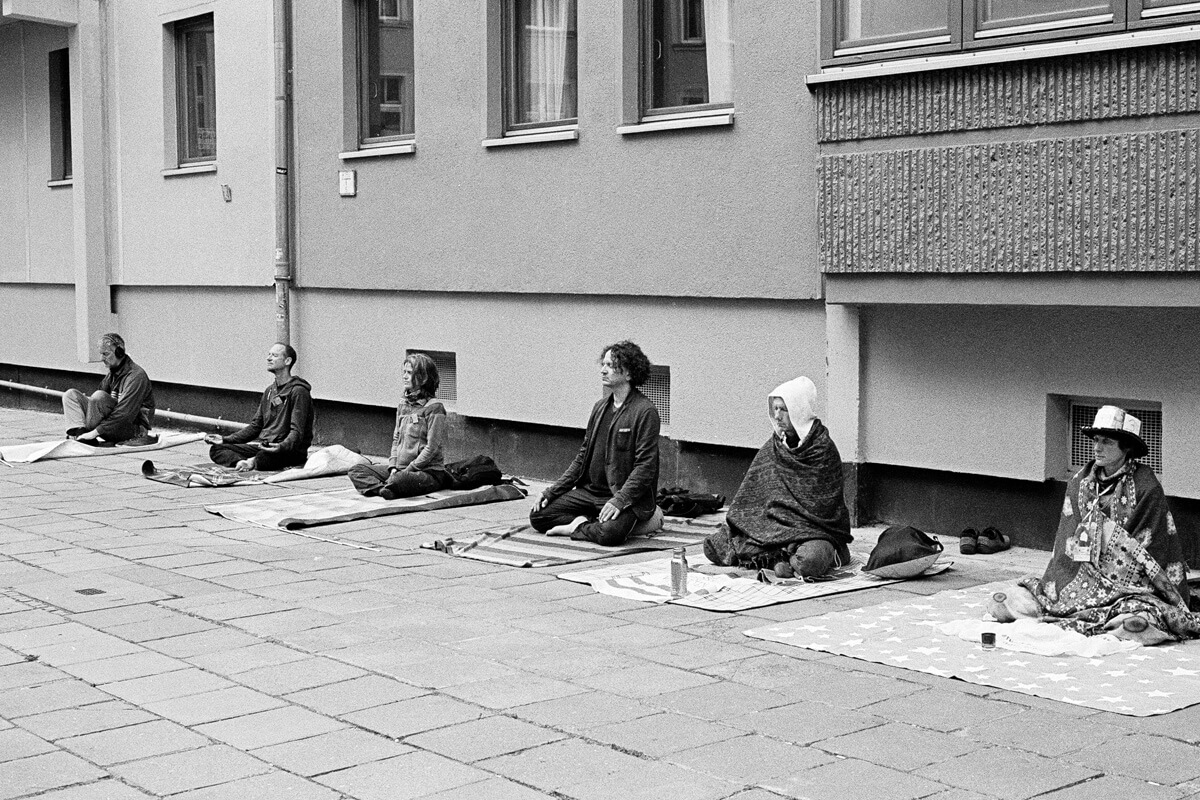 Yoga and Meditation is supposed help against the Virus

People looking out the window onto crowded Rosa Luxemburg Platz 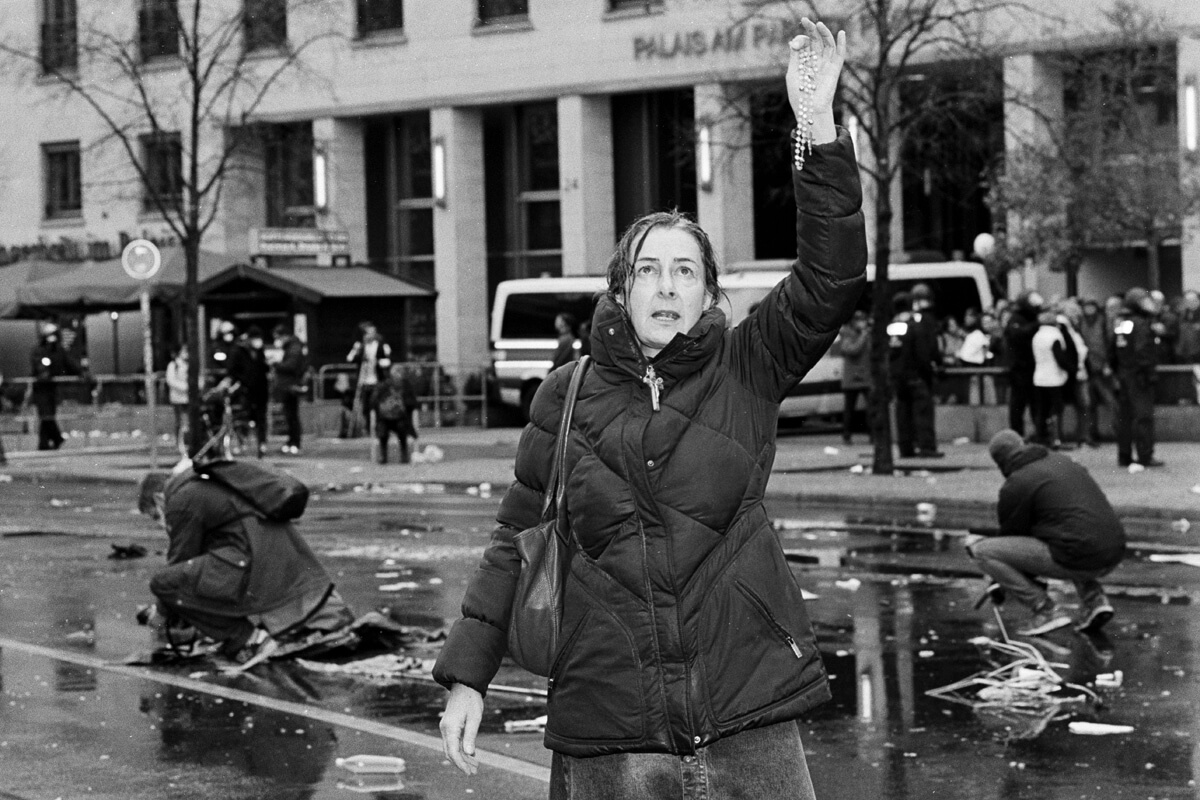 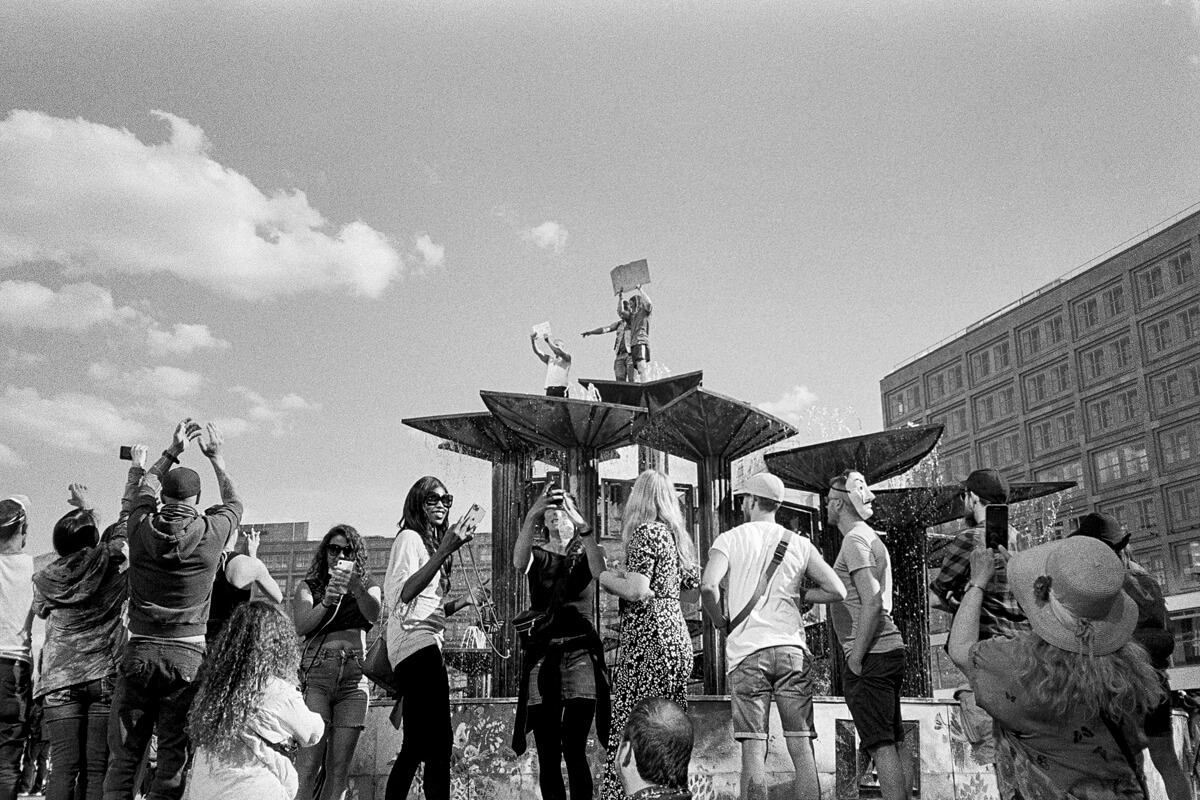 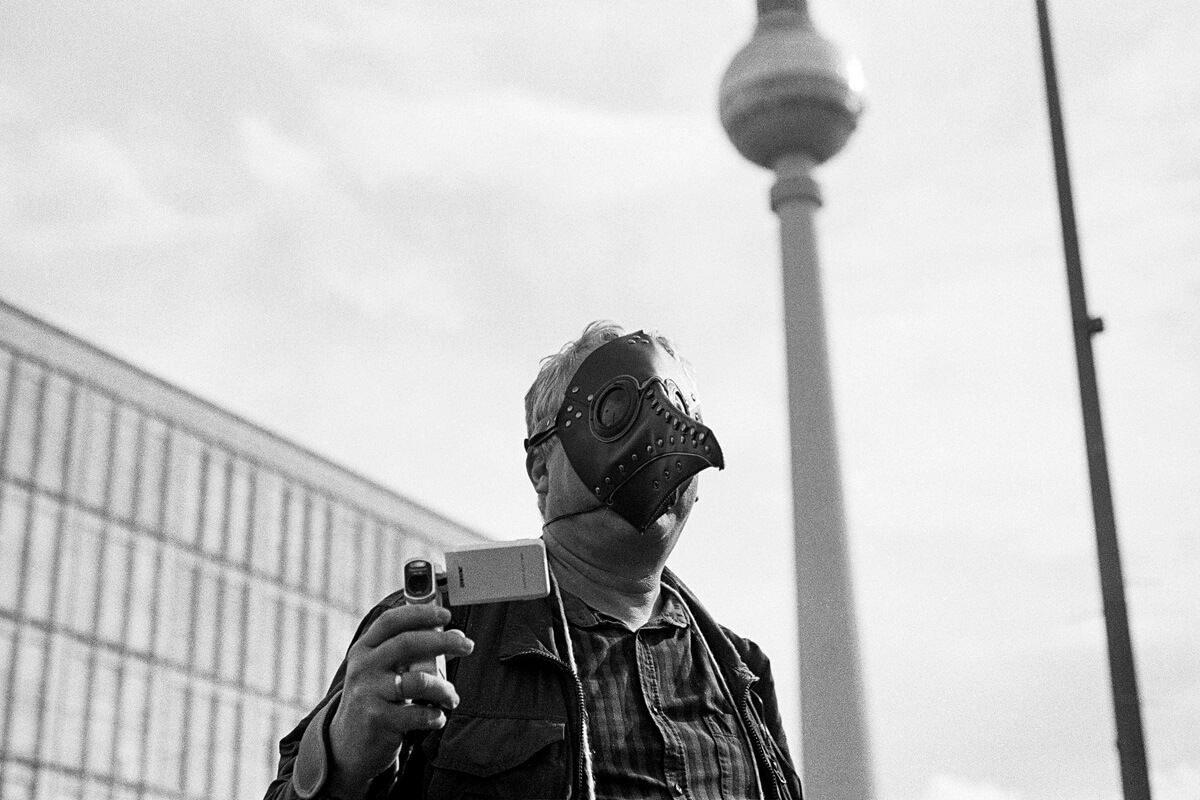 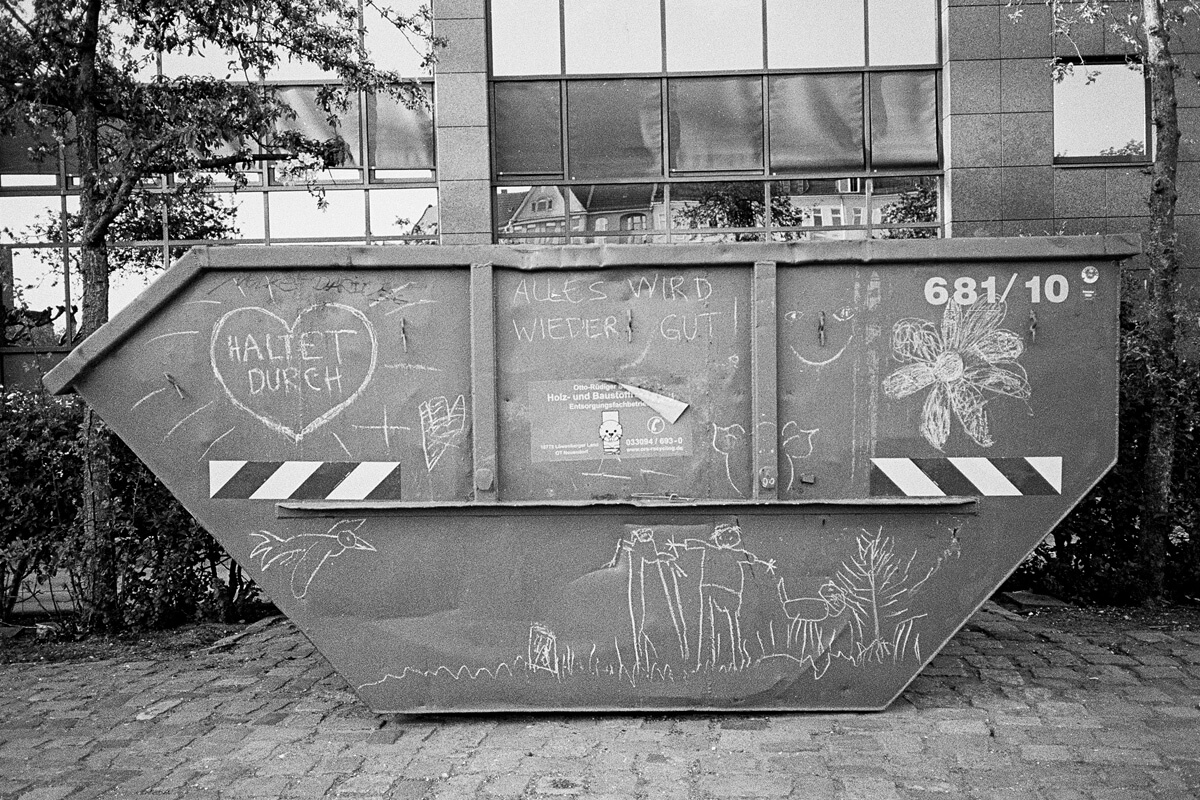 Everything will get well soon ! 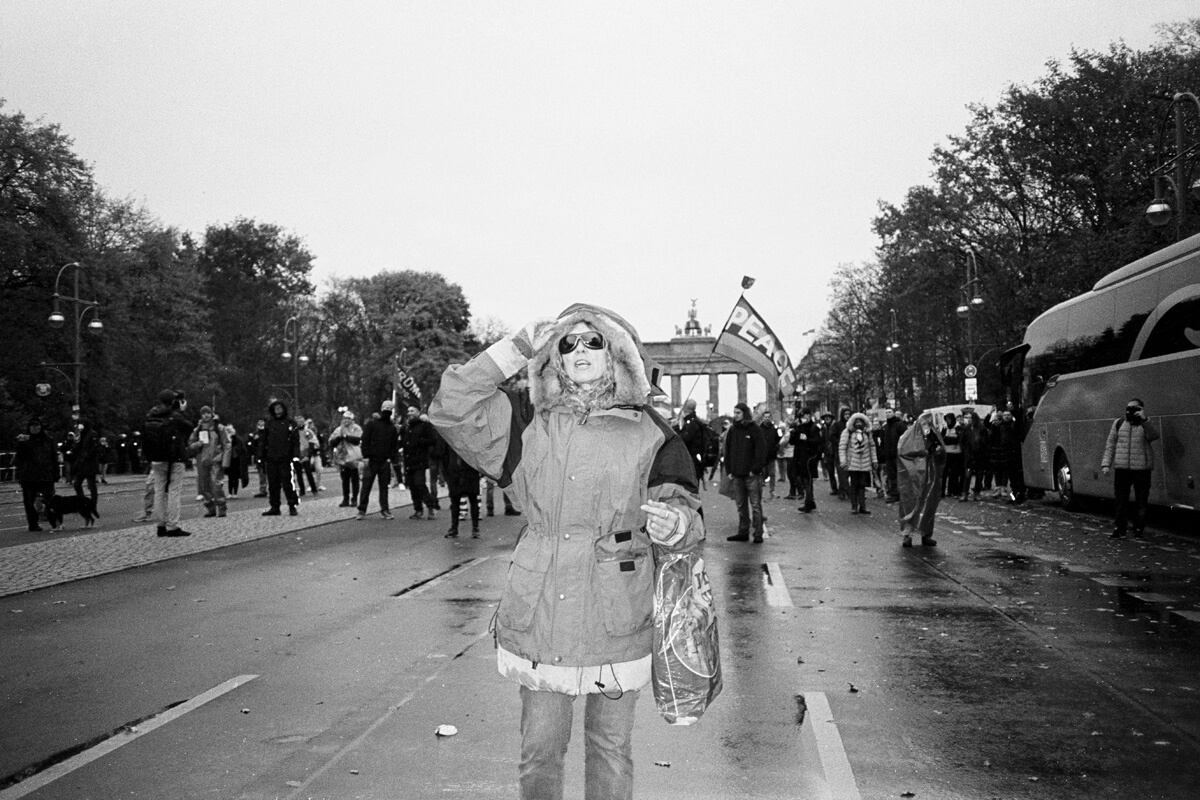 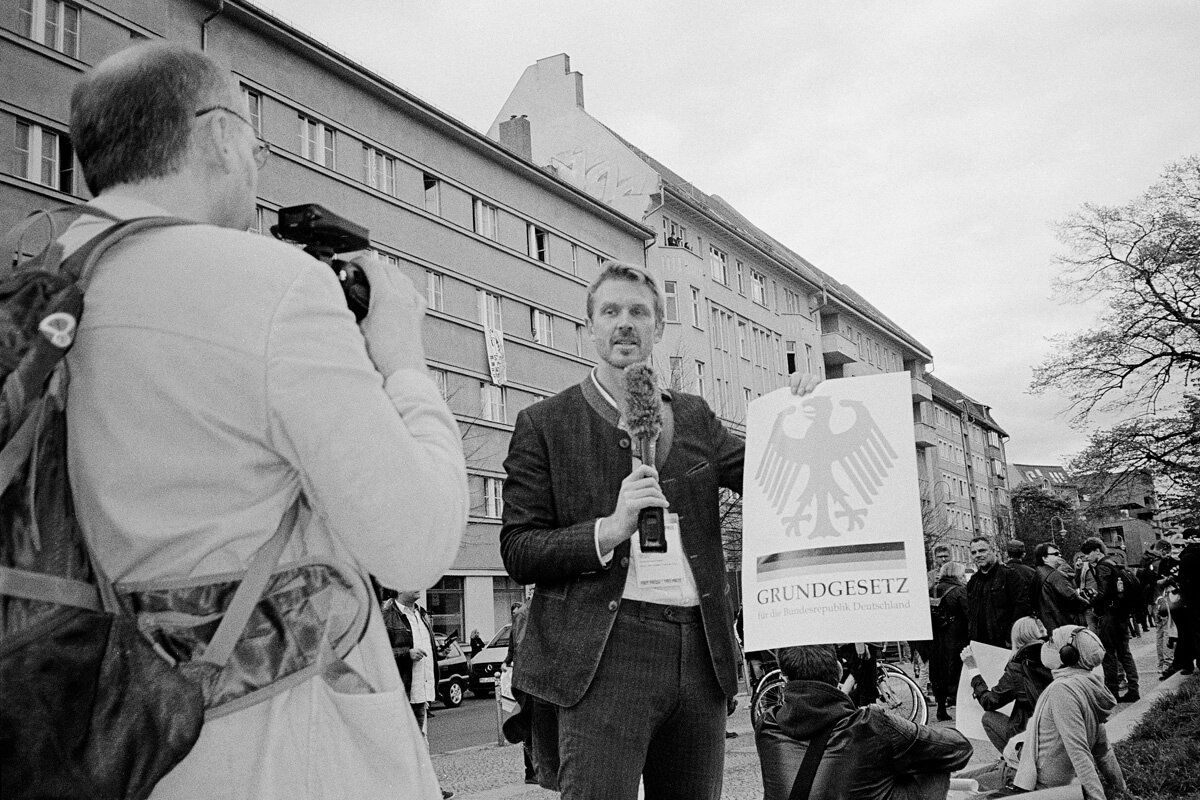 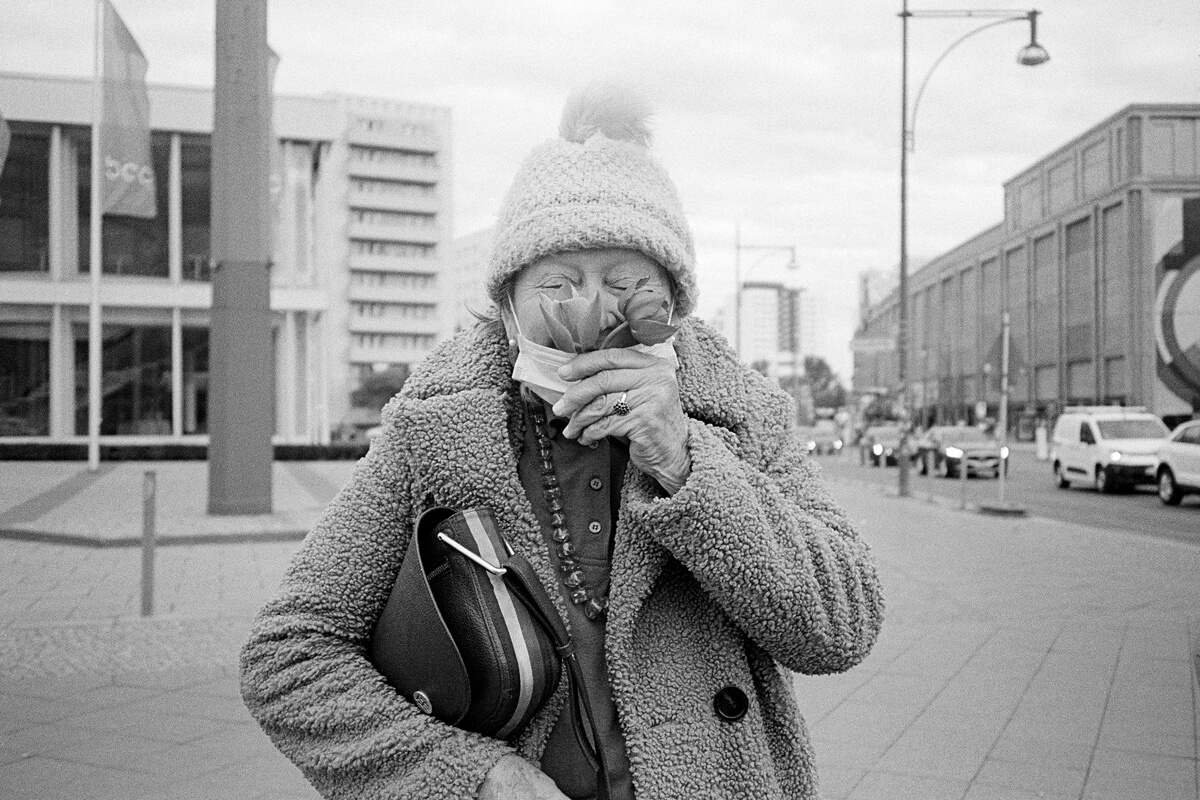 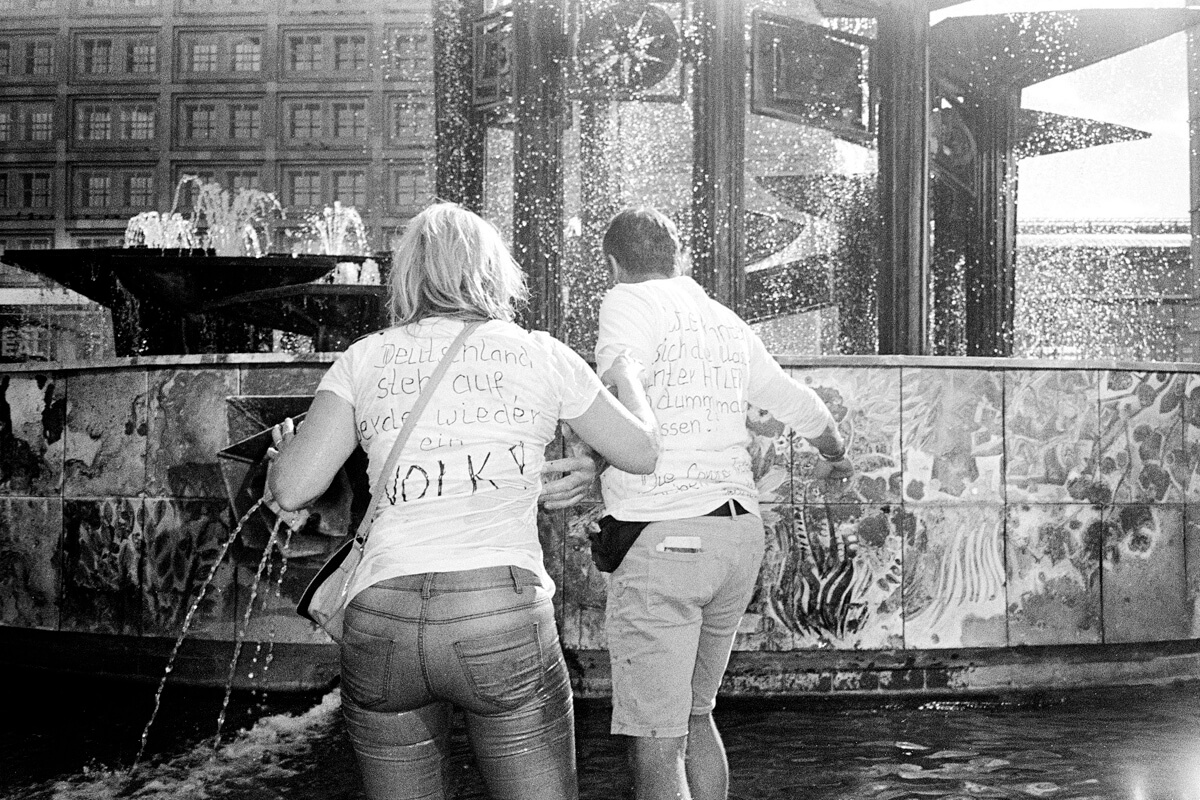 Shirt Says: Get up Germany, be one nation again

Thrown out papers by Protest Organisators

Protestors at the top of the fountain on Alexanderplatz